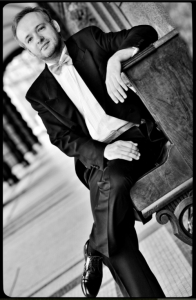 ...They are high-powered performances, technically brilliant and freely expressive...
...In the bravura writing he is strong, fiery and impulsive...
Edward Greenfield, The Gramophone, January 2005

All in all, we were given a full view of the scenery and the bare heart of this pianist.
Yusuke Majima, Keyboard Music, Japan, November 2004

'Intoxicating! Stunning from the first bar to the last.
Répertoire, January 2002

Mr. Kasik plays with a resourceful technique, fluidity, a keen sense of colour and intelligence.
The New York Times, February 14, 2000