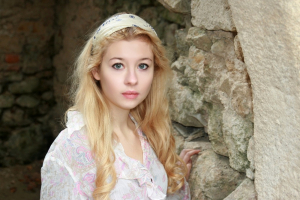 She studied piano at the Janaček´s Conservatory in Ostrava, her professor was prof. Monika Tugendliebová. Under her leading, Johanna won many prizes - 1st prize at Prague Junior Note, 1st prize at Pro Bohemia, the laureate degree at the inetrnational piano competition "Mladý klavír Pražské konzervatoře" ( Young piano of the Prague Conservatory).

She performed at many prestigious music festivals (IMF Janaček May, Autunno Musicale a Como, Feast of Music in Prague, Prague Clarinet Days).

She had a masterclass under the leading of Behzod Abduraimov, which was held by the Czech Philharmonic Orchestra in may 2016.

She often perfoming in Clarinet trio. Together, with the winner of AVH, violinist Ludmila Pavlová and Prague Spring 2015 laureate awarded Anna Pavlová (clarinet). She also co-operate with her younger sister, violinist, Miriam Magdalena Haniková, who was many times awarded at the International Violin Competitions.

Her piano skills reguraly getting better at masterclasses under the leading of the best pianists in the world (I. Klánský, Eugen Indjic, I. Kahánek, A. Jasiński, M. - S. Primachenko, Phillip Cuper).

Nowadays, she studies piano at the Academy of Performing Arts in Prague, in the Ivan Klánský class.

Janáček, Smetana, Brahms, Ravel, and others