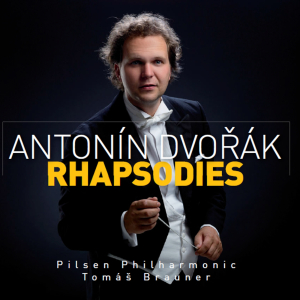 It's hardly surprising that the catalogue for these works is dominated by Eastern European conductors, many of them at the helm of orchestras from that part of the world. You don’t have to be Czech or Slovak to appreciate the music but it seems to help to have it conducted by one or by one of their neighbours such as Iván Fischer.

Though they are less well-known than the symphonies, tone poems and Slavonic Dances, there is a surprising degree of choice for recordings of these works. That said, only one rival disc couples Op.14 and Op.45 and that's from Libor Pešek (Op.14), Zdenek Košler (Op.45) and the Slovak Philharmonic on Naxos (8.550610). They can also be had coupled with a fine performance of the Slavonic Dancesconducted by Zdenek Košler on 8.520011 (2 CDs). The music may be less tightly organized than the symphonies and tone poems – even, in the case of Op.14, somewhat diffuse – but the rhapsodic form suited Dvořák well and it’s all attractive.