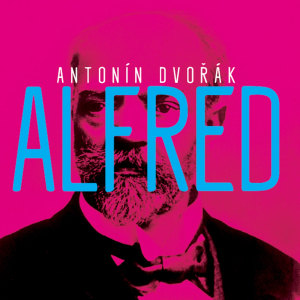 Conductor Heiko Mathias Förster paces the work very well. The use of predominantly German-speaking solo singers ensures idiomatic pronunciation of the text too. The only relatively familiar part of the work is the Overture. Dvořák rescued it from oblivion, revised it and renamed it as theTragic Overture although he never heard that performed either and it was ultimately published as an Op. Posth. In this form it has been recorded on Marco Polo with Libor Pešek conducting the Slovak Philharmonic Orchestra. It is not absolutely clear if the revised Tragic Overture and the original operatic version are essentially identical. Assuming they are, Pešek takes a full two minutes off Förster's interpretation which is probably to the benefit of the work. The Slovak orchestra's playing is just that little bit more incisive too - both of the opening slashing chords played with absolute precision whereas the Prague orchestra live suffer from fractional lack of ensemble. After a lusty opening chorus there are a series of scenes in which the principal Danish protagonists are introduced. Especially impressive is the ringing tenor of Ferdinand von Bothmer as Harald - the invading prince. Dvořák's writing for this tenor role and that of Alvina is both extended and demanding. Petra Froese as Alvina is more tested by the writing and does not sound altogether comfortable. Indeed during the complexities of the Act II finale it sounds as though she is struggling to maintain her pitching in the thick textures. Conversely the baritone of Felix Rumpf singing the eponymous Alfred is very good indeed - youthful and virile with a very attractive voice. He makes a good foil for von Bothmer.