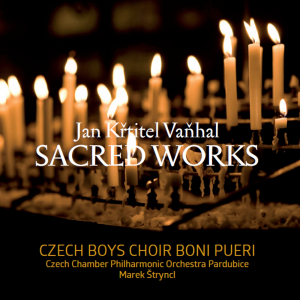 The record companies have done well recently by the Bohemian contemporaries of Haydn and Mozart.  I’m thinking of the Chandos recording of Vaňhal’s music on CHAN9607 and the four volumes of his symphonies and concertos with different orchestras on Naxos, but there are some surprising gaps.  There seem to be no currently available Supraphon recordings of their native composer’s work and very few on any label of his sacred music. Though he produced more Masses than Haydn and Mozart together, there seems to be only one recording of any of them in complete form in the catalogue (Naxos, see below) and everything on the new CD is receiving its first recording.

If you know Haydn’s Masses you will recognise a kinship of style in the opening Kyrie – hardly surprising when, known by the German version of his name, Wanhal, he played in a string quartet with Dittersdorf, Haydn and Mozart: some quartet that must have been.  There’s also a trace of a recognisably Bohemian style that is found to an even greater extent in the Missa Pastoralis (below).