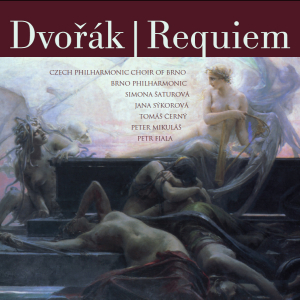 "The performance given here is satisfying but, to be blunt, nothing special. The orchestral playing is good and benefits from the live-ness of the occasion. The solo singing is very fine, but the recording is hamstrung by an acoustic which, to my ears, is frankly bizarre! All sounds good in the opening Introitus, with choral singing that is accurate, clear and transparent, but the entry of the soloists jars on the ear in a most alarming way. They sound dramatically closer, more resonant and they seem to be surrounded by a distracting echo that the rest of the performers lack. It’s almost as though they were recorded in a different acoustic and dubbed on later – not, of course, the case – but that’s how odd it sounds. As well as being off-putting it wrecks the moments when soloists and chorus combine, and, for this among other reasons, the big climaxes sound muddy and ill-defined. The chorus is very good indeed, especially in the intimacy of the Pie Jesu, but they seem to be miked to the detriment of everything else, even the orchestra.

Acoustics aside, the soloists are very fine indeed. The lustrous soprano of Simona Šaturová floats beautifully over the texture, and Jana Sýkorová’s mezzo is rich and fulsome. The really exceptional voice, however, is the tenor of TomáŠ černý, golden, burnished and very beautiful, injecting a burst of Mediterranean sunshine into the texture. Peter MikuláŠ, on the other hand, is a rather gravelly bass. Petr Fiala’s direction is solid, but could have done with more fire in the moments where the pulse should quicken, such as the Dies Irae.

So this is a solid performance, but its acoustic problems make it a version you can’t really live with, especially when you consider the strong competition."