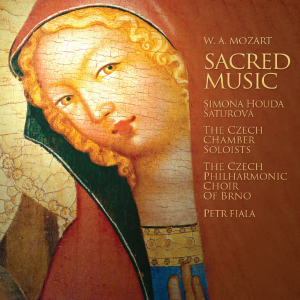 The music collected on this CD includes quite a bit of fairly early Mozart; I do wonder if all of it is equally worthy of our attention.

There are two settings of theRegina Coeli,both of which feature prominent soprano solo parts. The setting in B major is the later of the two and annotator Alena Borková comments on its "compositionally more mature structure [which] opens new horizons for the virtuoso solo soprano." That may be true but actually I find the earlier setting in C major more interesting. It’s also more fully scored, containing parts for horns, trumpets and timpani. These enliven the textures in the festive first and fourth movements of the C majorRegina Coeli.In these movements the music does indeed have, in Borková’s words "youthful eagerness" and that quality comes across in this spirited performance. In the two inner movements soprano Simona Houda Šaturová has the limelight and she sings very well indeed.

She also contributes significantly to the B major setting. Hers is a relatively light voice and it seems to be very well suited to Mozart. She has a gleaming top and also produces a nice, round sound in the lower register of her voice. Throughout the disc her tone is pure and clear and her singing gave me a good deal of pleasure. I’ve not heard her before but I was very impressed.