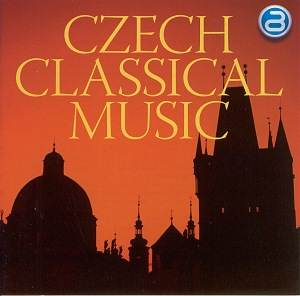 AThere’s a buoyant and muscular version of the Bartered Bride overture. This is followed by the regal introduction to the Janáček Glagolytic Mas sconducted by Leoš Svárovský. It’s a strong contender and the complete disc quite properly caused quite a stir when first issued. Husband and wife team Kristine Kasiková and label mainstay Martin Kasik give a rafter-rattling Slavonic Dance No. 1 but can be heard in aristocratic gentle mode in the Op. 72 No. 10 dance later on. Svárovský again shows his mettle with a flighted and flaming Dvořák Serenade scherzo.

The Czech Trio are then unleashed on the Presto finale of the Smetana Piano Trio with its Bruch-like lyricism and Bartered Bridevigour. Janáček’s subtle In the Mists - Andantinois given over to Martin Kasik. In this case the recording is too close to allow the haze and mist to work its full magic. By the side of the Janáček we have Suk’sLonging/Springwhich is more salon Grieg than anything else. The third movement Scherzo of the Dvořák Piano Quintet op. 81 is brilliantly done by the Wihan Quartet (currently touring widely in the UK). Kasik is again in fine form - a bell tower to the robust work of the quartet. Sergej Koptchak (baritone) and organist Aleš Bárta then provide an extract from the Dvořák Biblical Songs - all rather dense and thickly accented for my taste but recorded with spectacular verity. Arco Diva end the collection well with a swashbuckling Why Shouldn´t We Be Happy which by its stamp and boisterousness must have gone down well in the Soviet heyday as well. There’s some lovely echo-and-dialogue passages and gratifying spatial effects as there are also in the overture.