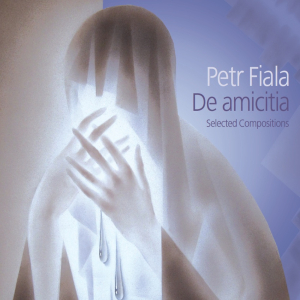 Petr Fiala is best known for his founding of the Czech Philharmonic Chorus from Brno, from which city’s Janácek Academy he graduated in 1971. Renowned as a chorus-master and conductor, he has made time to compose a rich body of works, many, naturally, for choral forces. This disc celebrates and draws attention to a number of them in recordings that derive from Czech Radio. The engineers for each work are noted in the booklet but unfortunately neither the specific locations, nor the year of broadcast, though a number are likely to have been heard during 2011.

There are song-cycles to attract interest. I’ll Have Roses Grow was composed in 1976 to poems by Zuzana Nováková. The four poems are set in such a way that the calmly static alternates with the playful and dreamlike. At one point Fiala clearly stipulates the pianist should strum inside the piano but this gesture is not used as an end in itself, rather as a colouristic device. The most chordally intriguing is the last of the four settings, where the music is extrovert and exciting. The Rondo for Viola and Piano (2005) is a melancholy, largely ruminative affair where the piano is rather more the agent of change, of mood and rhythm, than the viola. The cadential passage for the viola ushers in playful exchanges for the two instruments.