A Ceremony of Carols 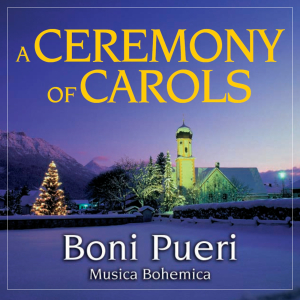 Such is this Czech choir’s natural musicality and the beauty of their voices that I found it easy to accept their occasionally idiosyncratic pronunciation of the English language. ‘Balulalow’ brings a breathtakingly beautiful solo contribution from Jakob Kubin (who fortunately graces a number of other tracks) and a bonus is the sensitive harp playing of Hana Müllerová-Jouzová, who gives a haunting interpretation of the Interlude on track 8. The only little reservation comes in track 7, ‘This Little Babe’, where the boys do not quite manage to deliver the tricky words and rhythms at the very fast tempo set by conductor Jakub Martinec. Unusually, the harp-accompanied version of the Processional and Recessional that frame the piece is used, and no attempt has been made by the production team to suggest the approach and departure of the voices, which seems a pity.